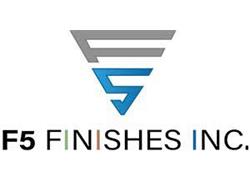 “The Livermore, CA-based company now plans to raise $38 million by offering 5.0 million shares at a price range of $7 to $8. The company had previously filed to offer 4.0 million shares at a range of $9 to $11. At the midpoint of the revised range, F5 Finishes will raise 6% less in proceeds than previously anticipated to command a fully diluted market cap of $71 million.