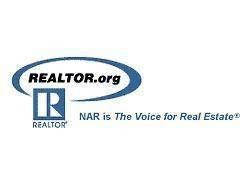 Washington, D.C., April 22, 2021–Total existing-home sales decreased 3.7% from February to a seasonally adjusted annual rate of 6.01 million in March, according to the National Association of Realtors. Sales overall climbed year over year, up 12.3% from a year ago (5.35 million in March 2020).

"The sales for March would have been measurably higher, had there been more inventory," he added. "Days-on-market are swift, multiple offers are prevalent, and buyer confidence is rising."

Yun said although mortgage rates have risen a tick, they are still at a favorable level and the economic outlook is promising.

"At least half of the adult population has received a COVID-19 vaccination, according to reports, and recent housing starts and job creation data show encouraging dynamics of more supply and strong demand in the housing sector."

Total housing inventory3 at the end of March amounted to 1.07 million units, up 3.9% from February's inventory and down 28.2% from one year ago (1.49 million). Unsold inventory sits at a 2.1-month supply at the current sales pace, marginally up from February's 2.0-month supply and down from the 3.3-month supply recorded in March 2020. Inventory numbers continue to represent near-historic lows; NAR first began tracking the single-family home supply in 1982.

First-time buyers were responsible for 32% of sales in March, up from 31% in February and down from 34% in March 2020. NAR's 2020 Profile of Home Buyers and Sellers–released in late 2020–revealed that the annual share of first-time buyers was 31%.

Distressed sales–foreclosures and short sales–represented less than 1% of sales in March, equal to February's percentage but down from 3% in March 2020.