Existing-Home Inventory Up but Still Below Demand 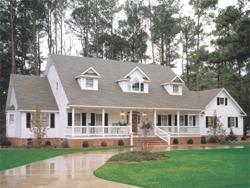 Washington, DC, August 24, 2021-The U.S. housing market remained strong in July, with sales of previously owned homes rising at a faster pace than the prior month as high prices prompted owners to put more properties on the market, reports the Wall Street Journal.

“Sales rose 2% in July from the prior month to a seasonally adjusted annual rate of 5.99 million, up from a revised 1.6% gain in June, the National Association of Realtors said Monday. July sales were up 1.5% from a year earlier.

“Still, the chaotic market is showing signs of calming down-especially for higher-priced homes-with prices easing slightly and the inventory of homes for sale increasing last month.

But the market remains more competitive at lower price tiers, frustrating first-time buyers and pricing some shoppers out of the market.

“‘It is still a very swift, fast-moving market, but there is some indication that the market is less intensely heated now than before,’ said Lawrence Yun, NAR’s chief economist.

“The inventory of homes for sale at the end of July was 1.32 million, up 7.3% from the prior month and at the highest level since last October.

“The uptick in inventory is helping well-heeled shoppers the most. The number of homes for sale at the end of July rose from a year earlier for houses valued at $500,000 and more, and the number of sales in that price category also increased, Mr. Yun said. But the number of sales of houses under the half-million-dollar price point fell, and inventory levels are still down from a year ago for houses in that price range, he said.

“Many homes are still selling above listing price and receiving multiple offers. The typical home sold in July was on the market for 17 days, the same as the prior month, NAR said.”