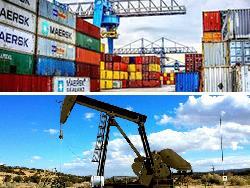 Washington, DC, July 13, 2022-The euro hit parity with the U.S. dollar on Tuesday for the first time in 20 years, meaning that the currencies have the same worth, reports CNBC.

“The euro fell to $0.9998 against the dollar, its lowest level since December 2002, as the euro zone’s energy supply crisis and economic woes continue to depress the common currency. The euro is currently up 0.08%, at about $1.003.

“Fears of a recession have grown in recent weeks due to rising uncertainty over the bloc’s energy supply, with Russia threatening to further reduce gas flows to Germany and the broader continent.

“Russia temporarily suspended gas deliveries via the Nord Stream 1 pipeline on Monday for annual summer maintenance works. The pipeline is Europe’s single biggest piece of gas import infrastructure, carrying around 55 billion cubic meters of gas per year from Russia to Germany via the Baltic Sea.

“The scheduled 10-day suspension of gas flows has stoked fears of a permanent cut to supplies, potentially derailing the region’s winter supply preparations and exacerbating a gas crisis.”