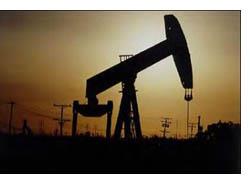 “The ministers agreed to impose a price cap if month-ahead prices remain above 180 euros a megawatt hour, equivalent to $191, on the European Union’s main trading hub for three consecutive days. Prices must also be at least €35 higher than a reference level for global liquefied natural gas during the same period.

“The plan ‘will shield citizens from skyrocketing energy prices,’ said Jozef Sikela, minister of industry and trade for the Czech Republic, which holds the EU’s rotating presidency. He said the agreement ministers reached on Monday includes safeguards ‘to steer us clear from risks to security of supply and financial-markets stability.’

“The price cap, which EU officials refer to as a market-correction mechanism, can apply beginning Feb. 15. If the cap is triggered, a dynamic formula would kick in to limit prices for certain natural-gas contracts for a period of 20 working days, the EU said.

“The EU didn’t immediately release full details of the price-cap agreement. A general statement indicated it would aim to round off peaks in prices and adjust in real time, in an effort to continue attracting gas cargoes to Europe. An inflexible limit could have diverted the fuel to other regions where traders could make more money.”

This move will impact European ceramic producers, who rely heavily on natural gas to fuel their kilns.