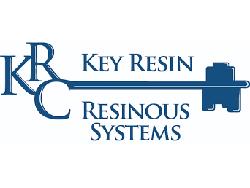 As a second-generation family leader of the polymer flooring manufacturer, Cain has served as president for the past seven years. During his tenure, Key Resin Company joined The Euclid Group, a subsidiary of RPM International in 2017 and began manufacturing Flowcrete Americas products in 2018.

Borglum has a long standing and proven track record with the company, which includes more than 23 years of resinous flooring and coatings expertise. He first began his career at Key Resin as a sales representative in 1996, a sales manager in 2000, vice president of sales and marketing in 2004 and most recently executive vice president in 2011.