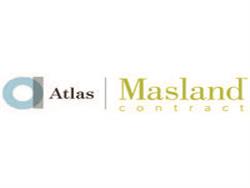 Cordoba has been with the company for over 30 years. She started at Atlas in February 1988 as a sample clerk. Her natural curiosity about carpet and how it was made led to the discovery of a hidden artistic talent. As she honed and developed this ability, she moved into a designer position in 1995 and became senior designer at Atlas in 1998.

When the decision was made to combine Atlas and Masland Contract in 2018, Cordoba was named creative director for the new, combined enterprise.