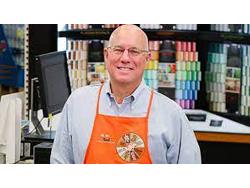 Decker, who has been the U.S. home improvement chain's chief operating officer since October 2020, will take over the top job from March 1.

He has also served as chief merchant and executive vice president of merchandising, where he overlooked store and online merchandising departments, among other responsibilities.