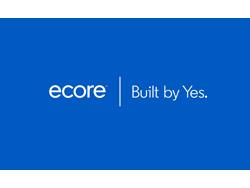 Lancaster, PA, October 26, 2018-Ecore is pleased to announce that on October 12, a judge presiding over a case Ecore initiated against Defendants Pliteq, Paul Downey, and CSR, pending in the United States District Court for the Eastern District of Pennsylvania, entered summary judgment in favor of Ecore and against defendants on seven counterclaims brought by defendants and one claim brought by Ecore against Downey.

Ecore was gratified that the court granted summary judgment in Ecore’s favor and against Downey on Ecore’s claim that Downey breached his confidentiality agreement with Ecore by retaining Ecore’s proprietary information when separating from Ecore. The court found that the agreement was valid and enforceable, and rejected Downey’s arguments as to why he was entitled to retain Ecore’s proprietary information, after he stopped working with Ecore in 2011. The court deferred determination of Ecore’s damages, including recovery of Ecore’s attorneys’ fees, until a later phase of the proceedings.

The court rejected certain claims brought by defendants against Ecore. Among the claims rejected by the court was a claim by Downey that Ecore breached its agreement to provide additional compensation to him for an impact sound insulation invention he assigned to the company in October 2001. The court’s ruling reveals that Ecore did not have any such obligation as asserted by Downey, because Downey was contractually required to assign the patent to Ecore pursuant to the parties’ confidentiality agreement.

There are certain claims remaining to be tried in this case, and Ecore looks forward to continuing to announce favorable results from its ongoing litigation with Downey and Pliteq.