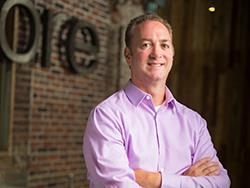 Lancaster, PA, September 11, 2019-Ecore has announced that Mitch Schreiber has been promoted to chief operating officer (COO) where he will be responsible for the overall efficiency and growth of the business, including all functions and satellite operations for the Operating Unit.

In his new role, Schreiber will also lead the operations, sales and marketing teams’ strategic direction in support of the overall company strategic plan and values while cultivating a positive company culture.

Schreiber has nearly 30 years of experience in operations and manufacturing. He previously served as the executive vice president of operations since 2010. Prior to his time at Ecore, Schreiber held leadership roles at ITT Industries in White Plains, New York, and Nomaco K-Flex in Raleigh, North Carolina. He is also APICS Certified in Supply Chain and a council member of the National Association of Manufacturers.