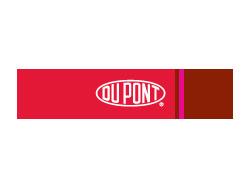 Berkeley, CA, April 29, 2021-In the highest vote on plastic pellet pollution to-date, a majority of investors at DuPont voted in support of an As You Sow shareholder resolution asking the company to produce an annual report on the amount of pre-production plastic the company releases into the environment annually.

The company will tally and release the final vote percentages at the end of this week, but confirmed the preliminary vote was greater than 50% in support.

Plastic pellets are the building blocks for nearly all plastic products and are estimated to be the second largest direct source of microplastic pollution to the ocean by weight. Once produced by petrochemical companies like DuPont pellets are transported by rail, ship, or road to a second or third destination before being melted into a final product. It is estimated that throughout the pellet supply chain an estimated ten trillion plastic pellets are spilled and unrecovered every year.

DuPont is a member of Operation Clean Sweep, an industry program that has been revealed to be designed largely to fend off regulation, not to ensure compliance nor success. Operation Clean Sweep provides best practices to reduce pellet loss but does not facilitate public reporting on spill incidents, as the As You Sow resolution requests.