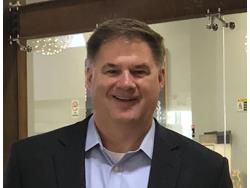 In the newly-established role, Cissell will be responsible for formulating and implementing a corporate strategy for expansion into new markets, such as retail, commercial builder groups and national account arenas. He will help the company’s growing salesforce expand its efforts to reach new group accounts, and better position their product offerings to their individual customer bases.

Cissell has close to 30 years of experience in the industry, holding executive positions with several successful companies throughout his career. He was a founding member of the National Floorcovering Alliance in 1991 and served as president of the organization from 1994 to 2004. He is based in Omaha, Nebraska and reports to Todd Gates, DuChâteau’s vice president of residential sales.

Cissell previously served as vice president of sales and marketing for Touch of Color Flooring, accepting the position in September 2016. Prior to that, he was the president of Millcreek Carpet for two years and held the position of director of operations and general manager with Bob’s Carpet & Flooring Mart. Cissell started his career in the furniture business and served as the director of flooring for Nebraska Furniture Mart for more than 20 years.

His expertise includes sales, marketing, merchandising, association management, business and product development, and supply chain process management. Additionally, he has served on a number of design teams and has been part of launching several new retail formats throughout his career.

Cissell earned his bachelor’s degree in business administration from Dana College in Blair, Nebraska and his MBA in business management from the University of Nebraska at Omaha.

Cissell’s hire is part of a recent expansion of DuChâteau’s salesforce, as it continues to grow and expand into new markets. The company has hired regional managers in the East Coast, in the Midwest and in the West, and filled 11 residential and two commercial sales positions so far this year.