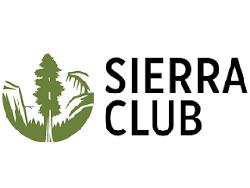 “After an investigation prompted by a Sierra Club complaint, the Forest Stewardship Council’s accreditation body, Accreditation Services International (ASI), has concluded that DuChateau, a major wood flooring importer, as well as one of its Chinese suppliers have been engaged in fraudulent use of FSC claims and trademarks, promoting and selling wood flooring as FSC-certified that is not,” reports the Club.

“As a consequence, on May 21, 2018 FSC suspended DuChateau's trademark license agreement, as well as that of their supplier--a move that also triggered the suspension of both companies' Chain of Custody (CoC) certificates. The suspension will be in effect for at least 12 months, during which time DuChateau must cease using the FSC trademarks on its website and promotional materials, as well as remove FSC labels from product packaging, retail merchandising and samples."

During the company’s 12-month suspension, ASI and the certification body (CB) will assess corrective actions and risks related to the case, and will provide recommendations to FSC regarding the status of the trademark licensing agreement going forward. FSC is also still determining whether other measures will be taken or penalties applied.

The Club’s statement continues, “The complaint was brought by Sierra Club’s Forest Certification & Green Building Team, which represents the Club at the FSC. ‘False claims strike at the heart of forest certification: the assurance to the buyer that their purchase of certified forest products truly supports responsible forestry,’ said Forest Certification Team chair, Caroline Pufalt."

Forest Stewardship Council communications director Brad Kuhn adds that during its suspension, DuChateau can not change auditors during this process; that the auditor will follow normal non-compliance closure procedures and conduct a surveillance audit, so the company should not delay in addressing all open major and minor nonconformities; that the company should follow the non-conforming products Advice Note under FSC-DIR-40-004; and that FSC will make a decision to reinstate, maintain suspension, or terminate the company's trademark license agreement at the end of the 12 month timeline, taking into consideration for that decision the CAB reports, NC closures, and ASI recommendations.

DuChateau CEO Misael Tagle released the following statement, “On Monday, May 21, 2018, DuChâteau received notification from the Forest Stewardship Council of the suspension of our FSC license and that of one of our vendors for a period of 12 months. We were recently notified of an incompliance with one of FSC's many regulations, which led to the suspension. This occurred in the fourth quarter of 2017 when we were informed by our vendor that material previously sold to us as FSC-certified was not in fact certified.

"At no time did DuChâteau knowingly misrepresent FSC products or materials. After we were made aware, we moved immediately to make the appropriate adjustments in our records and inventory to ensure we are not misrepresenting any of our products or materials as FSC-certified." The company notes that it was in good standing with the FSC for eight years prior to its suspension and says that it will be working toward full compliance, upon expiration of its suspension in May 2019.