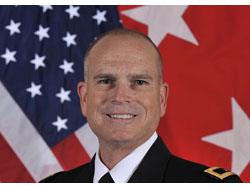 Clarkson has held numerous positions with DriTac since 2003, most recently as senior vice-president – sales. He has held key positions in the flooring industry for the past 30 years, including field sales, sales management, and marketing.

He has also served in the US Army Reserve for nearly 35 years, having retired in 2017 with the rank of major general with extensive active duty time in the U.S. and the Middle East, including a senior lead for logistics in Afghanistan in 2013. Clarkson is a graduate of Appalachian State University with a Bachelor of Science Degree.

Yale and Myrna Block (formerly president and vice president, respectively) remain involved with DriTac’s future as chairman and vice-chairman of the board of directors.