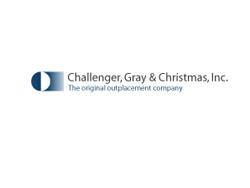 Chicago, IL, August 2, 2018-The pace of downsizing fell to the lowest level of the year in July, as U.S.-based employers announced plans to cut 27,122 workers from payrolls during the month, according to a report by global outplacement and executive coaching firm Challenger, Gray & Christmas.

Last month’s total was the lowest of the year, falling below the previous low of 31,517 recorded in May. July’s cuts were the lowest since November 2016, when employers announced 26,936 cuts.

“The economy is at near-full employment. Nearly 90% of companies recently polled by Challenger are either actively hiring or in retention mode. Companies are not letting go of their workforces right now,” said John Challenger, chief executive officer of Challenger, Gray & Christmas.

Retailers continue to lead in job cuts, with 75,763 announced so far this year. That is 18.4% higher than the 63,989 Retail jobs cut through this point last year. The seven-month total for Retail job cuts is 321 cuts away from the full-year total in 2017.