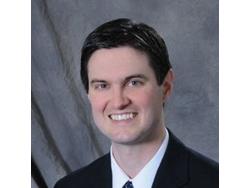 Bingham succeeds Ronald D. Ford, who resigned from the company on January 4 to pursue other interests.

Bingham has served as the company’s vice president, treasury and investor relations since its separation from Armstrong World Industries (AWI) on April 1, 2016. He also managed the company’s finance teams in China and Australia. Prior to the separation, he served as AWI’s director, treasury, and risk management since 2014, and as general manager, finance, building products Asia Pacific from 2011 to 2014. He joined AWI in 2007.