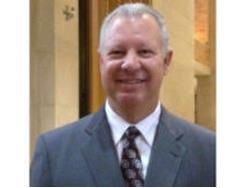 Turner is a thirty-year veteran of the flooring and tile industry. Over those thirty-years he has led sales teams with notable manufacturer’s, such as Bruce Hardwood, Mohawk Industries and American Olean/Marazzi. In addition, he has directed the product and marketing efforts of west coast distributor Tri-West and most recently American Tile Supply a subsidiary of ACME Brick.

In his new role Turner will lead the development of the U.S. strategy for the Lamosa USA brand into multiple channels in the market.