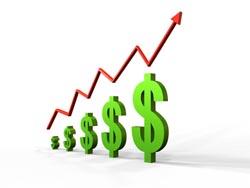 “After the U.S. currency’s strongest first half in over a decade, investors sheltering from falling stocks and betting on U.S. economic resilience have helped power a continued rapid ascent. The WSJ Dollar Index, which measures the dollar against a basket of 16 currencies, hit a new 20-year high last week and is up nearly 2.5% this month. The euro traded below parity with the dollar for the first time since 2002, and the Japanese yen is depreciating to lows unseen since the end of the 20th century.”