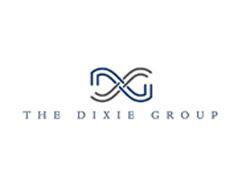 The company has committed to the updated plan as part of its continuing efforts to improve efficiencies and streamline operations to more closely align its operating structure with its business and value creation strategy. The updated plan increased estimated cost reductions by $6.0 million to a total of $17.1 million.

Commenting on the revised plan, Daniel K. Frierson, chairman and chief executive officer, said, “We updated the plan after a review of all departments and operations to speed our return to profitability. The updated plan involves (i) a reduction of an additional 46 positions, bringing the total headcount reduction to approximately 329 positions since the beginning of 2018 or 17% of our workforce, (ii) additional write-down of certain obsolete, underutilized and impaired inventories, manufacturing and intangible assets and (iii) the previously announced closure of two of our commercial manufacturing operations and consolidation of those activities into other facilities. We will have incurred substantially all of the costs of implementing the revised plan by the end of the first quarter with anticipated ongoing cost reductions being substantially realized by the third quarter of 2019.”

In connection with the revised plan, the company expects to incur a pre-tax restructuring and asset impairment charge in the fourth quarter of 2018 of approximately $6.1 million and further charges in early 2019 of approximately $2.1 million. The cost of the entire plan is estimated to be approximately $11.1 million, comprised of severance expenses ($2.0 million), facility shutdown expenses ($780 thousand), equipment relocation and infrastructure changes ($3.1 million), inventory impairments ($2.7 million) and non-cash impairment of equipment and intangible assets ($2.5 million). In its current form, the restructuring plan is expected to be substantially complete in the first quarter of 2019. The plan is expected to yield gross annual cost reductions, once fully implemented later in 2019, of approximately $17.1 million as compared to the previous estimate of $11.1 million.