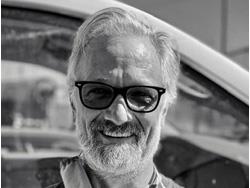 Flowood, MS, April 20, 2022-Dirk Sullivan, founder and president of Hawthorne Tile in Portland, Oregon, was recognized as Tile Person of the Year by the National Tile Contractors Association (NTCA) at its 75th anniversary reception during Coverings, which was held at the Las Vegas Convention Center in Las Vegas, Nevada. The honor is bestowed annually to a tile professional who is dedicated to supporting the non-profit trade association as it serves all segments of the tile and stone industry.

As a respected Five Star NTCA Contractor and NTCA state director, Sullivan has supported the association at every imaginable level, including two terms on the board of directors, as well as a longstanding role on the NTCA Technical, Membership, and Training and Education Committees. He also pioneered the effort to get approval of the first-of-its-kind, state-approved, joint apprenticeship program utilizing the online NTCA University.

These accomplishments, among many others, were cited when he was presented the award by NTCA president Martin Brookes.

Founded in 2000, Hawthorne Tile is the Pacific Northwest’s only NTCA 5 Five Contractor.