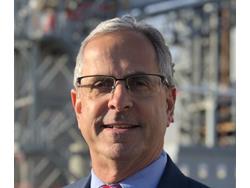 Barnwell, SC, March 21, 2019-Swiss Krono Swiss Krono USA has announced that chief financial officer Robert Dichiara will be retiring from the company December 31, 2019, following over fifteen years of service with the company as CFO.

Succeeding Dichiara as CFO will be Aaron Johnson, formerly of Elliott Davis, where he served as a senior manager of assurance and advisory services. He brings to Swiss Krono more than 20 years’ experience advising and consulting with executives in financial reporting and planning, internal controls, implementation and utilization of technology and risk management. He is currently a licensed CPA in both Georgia and South Carolina and has served on numerous not-for-profit boards.