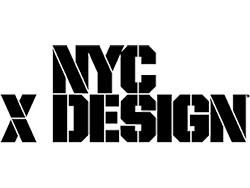 Formed as a city-led initiative in 2013, each year the festival offers a global stage for New York's designers, manufacturers, artists, and makers to bring world-class design to the forefront. Through city-wide and virtual events and programming centered around design exhibitions, key trade shows and fairs held annually in May, the festival has evolved into an internationally renowned event that unifies New York’s creative capital under one umbrella. In 2019, the festival featured over 400 events, attracted 300k+ national and international attendees, and generated $111 million spent by visitors, drawing significant exposure and opportunities for the city’s design disciplines, people, events, and related industries.

In honor of its tenth-anniversary milestone, NYCxDESIGN will introduce dynamic new programming and interactive experiences to the Festival that invite the public and global design community to discover the best of NYC in person and virtually through open studio tours, workshops, public installations, talks, tours, and more.