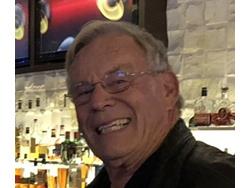 Dennis’ father, Joe Egan, had a long career in rugs, carpets and other flooring.

Dennis started his career with Barwick Carpet Mills in 1966, moving up in the sales force. He then moved to Georgia in 1969 where he joined Arcadia and Monarch and became vice president of sales for the Arcadia division.

Later, he worked for Majestic Carpet Mills and joined Modern Carpets. At Modern, his two Siamese cats appeared in print ads in industry magazines and on billboards.

Dennis returned with his family to the greater Los Angeles area with Modern Carpets in 1977.

In Southern California, he joined Dennis Roth Industries with his (late) brother Tom Egan. He then partnered with the (late) Thomas Conneen and the (late) Bill Hale as independent distributors.

Dennis finished his journey in the carpet world at Coronet Mills, followed by several years with Catalina Mills, but he wasn’t done selling flooring. In the mid 1990s, Dennis saw the future in manufactured laminate flooring, becoming the West Coast regional sales manager for Pickering Laminate Flooring. Due to his success there, he was asked to join Unilin to launch Quickstep on the West Coast. Following that success, he launched E-Z Floor Laminates, Berry Floors and Torlys.

In his final years, he worked with