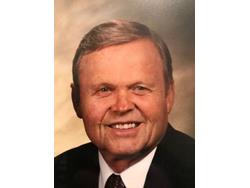 Wagner soon found himself developing moisture measurement systems for lumber mills. He started by creating the first transistorized systems, followed by noncontact systems and then was also the first to calibrate the measurements systems within percent moisture content – all things that are now mainstream in today’s industry.

Wagner went from selling these systems out of the back of his van to building a business out of Rogue River, Oregon and then going international with his sales.

He later went on to found Better Life Television.