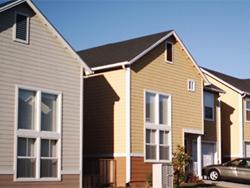 New York, NY, December 7, 2022-"The end is in sight for one of the biggest sources of inflation. Surging housing costs helped keep inflation high this year but have likely already swung into reverse, economists say,” reports the Wall Street Journal.

“The signal comes from private-sector indexes of rents on new leases, which tend to lead the consumer-price index measures by a little less than a year, said Alan Detmeister, economist at UBS.

“‘Last year we saw huge increases in these market rent measures in June, July and August, but they’re now coming in at or below their prepandemic pace,’ he said. ‘That suggests we should now be past the peak for monthly CPI rent increases.’ As a result, he predicted, inflation could be below the Federal Reserve’s 2% target by 2024.

“The Fed is aware of the dynamics. Chairman Jerome Powell in a speech on Nov. 30 said, ‘As long as new lease inflation keeps falling, we would expect housing services inflation to begin falling sometime next year. Indeed, a decline in this inflation underlies most forecasts of declining inflation.’

“If shelter inflation does drag overall inflation closer to 2%, that doesn’t mean the inflation problem is over. Economists assume increases in rents and home prices will remain subdued, given the slowing economy and high mortgage rates. If instead they rebound, so, eventually, will shelter inflation. Furthermore, more persistent inflation pressures outside shelter might be at work beneath the surface.

“‘The idea that shelter in and of itself is the driver of inflation is a little overstated,’ said Steven Blitz, chief U.S. economist at TS Lombard. Wages will continue to put pressure on other service prices as the labor market remains tight, he said.

“Annual wage growth rose to 5.1% in November from 4.9% in October, the Labor Department reported Friday. That is one factor likely to lead the Fed to keep raising interest rates into next year.

“Surging prices for autos, furniture and other goods drove the initial wave of inflation that began last year, as strong consumer spending-fueled by low interest rates, government stimulus and a reopening economy-collided with snarled supply chains. Russia’s invasion of Ukraine this year further whipped up prices for food, energy and other commodities.

“Those forces have ebbed in recent months. Meanwhile, though, housing costs have risen. Shelter inflation accelerated from an annual pace of 3.5% in October 2021 to 6.9% a year later. In the six months ended October, it hit an annualized rate of 8.2%, the fastest since 1982.”