David Sheehan Returns to Mannington as VP of Strategic Dev. 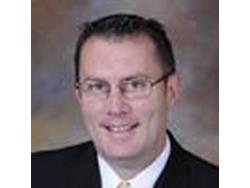 Salem, NJ, August 2, 2019––Mannington Mills has announced that David Sheehan has rejoined the company as vice president of strategic development.

In this new role, Sheehan will be working with executive leadership, developing various strategic corporate initiatives.

Sheehan has extensive experience in the flooring industry. He was most recently with Mohawk; but prior to that, Sheehan worked for Mannington from 2003 to 2017.  He initially joined the company as director of laminate and resilient, then was vice president, resilient business, where he led the way for Mannington’s entry into LVT with the launch of the incredibly successful Adura product line.  In 2013, he transferred to Mannington’s Commercial group where he served as vice president of commercial hard surface.