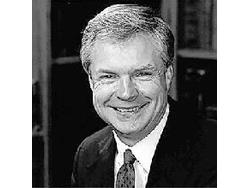 Kolb orchestrated a string of acquistions, one of the last of which was Aladdin Mills. In that stock swap transaction, the Lorberbaum family ended up with the single largest voting shares.

Kolb served as chairman and chief executive officer until 2000, leading the company to become a public company in 1992 and enter the Fortune 500.

Kolb was known as quiet and pensive leader who was instrumental in Mohawk's early success. He recognized that Mohawk needed to diversify beyond broadloom if it ever wanted to be a global leader and helped drive that diversity as Mohawk's Chairman.

Kolb stepped down as chairman of Mohawk’s board in 2013. Kolb lived on Lookout Mountain for many years but moved to the Chicago area after he retired.