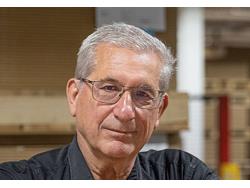 Viken, Sweden, September 21, 2021-Darko Pervan, Välinge’s founder and former CEO, has been named as the recipient of the 2021 Founders Alliance Founder of the Year Honorary Award.

Apart from founding Välinge Innovation in 1993, Pervan initiated and managed the development of the world’s first laminate floor in the late ’70s. He also developed the first floor with a mechanical locking system in the early nineties and drove Välinge’s wood powder project that led to the innovative Woodura surface technology that features in the groundbreaking Hardened Wood Floors. Today, as CEO of Pervanovo, he recently announced plans to build the largest wood flooring facility in the world in Croatia.