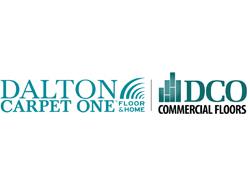 Co-owner and fifteen-year employee, JR Allred now serves as president of Dalton Carpet One. He has worked with Dalton Carpet One since 2004 in many aspects of the company, acquiring a working command of the business.

The sister companies found themselves without an owner when the founder, Mike Blanton, passed away suddenly in March 2017. Allred and Blanton aim to continue managing the business in the same manner Mike did by living out the company’s core values: focusing on the customer, doing whatever it takes, and always getting better.

The late Mike Blanton started this flooring business on July 5, 1978, with only one other part-time employee. DCO Commercial Floors grew from the existing commercial customer base and became its own brand in 2007.