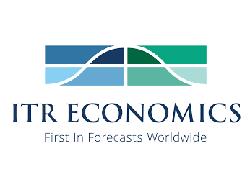 Nashville, TN, August 10, 2022-Connor Lokar, an economist with ITR Economics, reported at to the audience at the CCA Global Convention in Nashville, Tennessee that the U.S. is, indeed, in a recession.

The group was initially calling for a recession in 2023.

The recession is expected to last three or four quarters.

Lokar attributed the event to the stimulus packages, rampant spending out in Washington and inflation.

Lokar called the global cooling period a “technical recession,” following exceptional spending last year. A recession is classically defined by two negative GDP quarters. Currently, government spending is down, inventory levels are high, and the consumer is pulling back on spending.

The silver lining, according to Lokar, is that the supply chain will improve, inflation will level off, and employee turnover will slow. However, he cautions that the spending package in Washington that just passed the Senate, labeled the “Inflation Buster,” may prolong the recession.