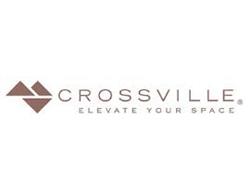 Crossville, TN, July 6, 2021-Crossville, Inc. has announced forthcoming changes to three executive personnel positions for the company. These changes will take place at the close of 2021, with transitional preparations now underway. Dewayne Galey, chief financial officer, will retire. Mark Shannon, executive vice president of distribution sales, will retire from full-time work and transition to a part-time role. Larry Browder, Crossville Studios VP of sales, will be promoted to executive vice president of sales for Crossville.

Browder will oversee Crossville’s independent distribution and Crossville Studios sales teams. Since joining Crossville in 2019, Browder has transitioned Crossville Studios from locally run sales groups into one sales team with unified strategies, objectives, and goals. Browder started his career with a tile distributor followed by several marketing, product, and sales leadership positions with Armstrong Flooring and, most recently, as the chief sales and marketing officer at Karndean Design Flooring. Browder and Shannon will work together on transition plans through the end of this year.

After a 27-year career with Crossville, CFO Galey will retire at the end of 2021. He started his career with the company in 1994 as director of finance and was promoted to CFO five years later. Throughout his tenure, Galey has been an instrumental leader for every major decision the company has made including past acquisitions, the decision to build a new plant, capacity strategy, as well as establishment of ongoing corporate priorities. In addition to leading Crossville’s finance and IT teams, Galey set a solid foundation for Crossville Studios, the business entity he led until late in his career.

Following his 35-year career with Crossville, Shannon will retire from full-time work at the end of this year. He started his career with Crossville as a regional sales manager in 1986, several months before the launch of Crossville’s first porcelain tile line. In 1996, Shannon was named vice president of sales and executive vice president of sales in 2011. Throughout his career, Shannon has continuously championed the Crossville brand and developed strong partnerships with distribution customers. A strong industry leader, Shannon led Crossville in achieving the CTDA supplier of the year honor three times (2019, 2018, 2014). He will remain with the company on a part-time basis to train and mentor sales people across the network and represent Crossville in several industry groups.