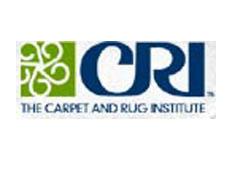 In the president’s report, Joe Yarbrough announced the CRI's initiatives for 2015, including plans to rewrite its carpet installation standards, conduct a caprolactam inhalation study and launch a voluntary product stewardship program (VPS).

The VPS program will assist CARE in finding market-based solutions to divert carpet from landfills and to quell extended producer responsibility (EPR) legislation. The program is expected to launch during the first quarter of 2015 and will be available everywhere in the U.S. except where EPR legislation is already in place.

Jim McCallum of Milliken presented the 2014 Joseph J. Smrekar Memorial Award, given each year to an individual who has shown exemplary service to the carpet and rug industry. This year's recipient was Susan Rich Farris, director of corporate communications at Shaw Industries. She is the first woman to receive the award since its inception in 1998.

David Jolly presented The Chairman’s Award posthumously to John Garger, longtime employee at Tandus, for his dedication and volunteer service to the CRI and its mission. Garger's wife and two daughters accepted the honor.

Treasurer Jim Kirkpatrick gave the financial report, announcing a budget increase, the majority of which will go to work undertaken by the EPR/CARE Panel to address Extended Producer Responsibility legislation that might negatively impact CRI members.

Dan Frierson, Dixie Group's CEO was named incoming board chairman, along with a slate of board nominees who were unanimously approved.

Listen to the interview with Joe Yarbrough for more here.