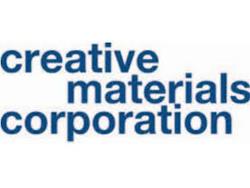 With this change in ownership, Don and Michele Kellish have stepped down as CEO and executive vice president, respectively, and Micklus will take over leadership of the company with the support of his executive team.

Micklus, who is the Kellishs’ son-in-law, originally joined the Creative Materials team in 2013 as executive vice president and was elevated to president in 2016.

Creative Materials Corporation was founded in Albany, New York in 1993. The company focuses exclusively on the supply of building materials to commercial projects, specializing in consolidating procurement for large multi-unit brand clients with a national footprint and large-scale individual commercial projects.

Don Kellish is also founder and CEO of Creative Stone Corporation, which began operations in 2017. He now plans to focus his efforts on that company, which is located in South Florida and supplies cut-to-size natural stone and porcelain/ceramic tile to large-scale commercial projects in South Florida.