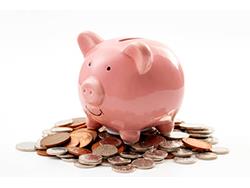 Ann Arbor, MI, February 11, 2022- Consumer sentiment declined 8.2% to 61.7 in early February, cementing a double-digit drop year-over-year, according to preliminary results from the University of Michigan Survey of Consumers.

"Sentiment continued its downward descent, reaching its worst level in a decade, falling a stunning 8.2% from last month and 19.7% from last February," says Survey of Consumers chief economist Richard Curtin. "The recent declines have been driven by weakening personal financial prospects, largely due to rising inflation, less confidence in the government's economic policies, and the least favorable long term economic outlook in a decade. Importantly, the entire February decline was among households with incomes of $100,000 or more; their Sentiment Index fell by 16.1% from last month, and 27.5% from last year."

Higher inflation was cited by one-third of all consumers, with nearly half reporting anticipated declines in their inflation-adjusted incomes during the year ahead. In addition, fewer households cited rising net household wealth since the pandemic low in May 2020, largely due to the falling likelihood of stock price increases in 2022, Curtin notes.

"The recent declines have meant that the Sentiment Index now signals the onset of a sustained downturn in consumer spending," he explains. "The depth of the slump, however, is subject to several caveats that have not been present in prior downturns: the impact of unspent stimulus funds, the partisan distortion of expectations, and the pandemic's disruption of spending and work patterns."

With substantial houshold savings and reserve funds from federal stimulus packages and consumption choices limited by the pandemic, discretionary spending may continue, he says.