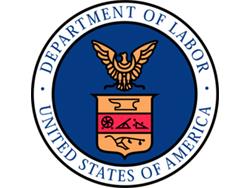 Washington, DC, September 13, 2018-The Consumer Price Index for All Urban Consumers (CPI-U) increased 0.2% in August on a seasonally adjusted basis, the same increase as in July, the U.S. Bureau of Labor Statistics reported.

Over the last 12 months, the all items index rose 2.7% before seasonal adjustment.

Increases in the indexes for shelter and energy were the main contributors to the seasonally adjusted monthly increase in the all items index. The energy index increased 1.9% in August; a 3.0%  increase in the gasoline index was the largest factor, but the other energy component indexes also rose. The shelter index increased 0.3% in August, the same increase as in July. The food index rose only slightly in August, with the index for food at home unchanged.

The index for all items less food and energy rose 0.1% in August, the smallest monthly increase since April. Along with the shelter index, the indexes for airline fares and used cars and trucks were among those that increased in August.  An array of indexes declined, including apparel, medical care, communication, recreation, and personal care.