Construction Sector is 'Strong' and Mortgage Rates are Up 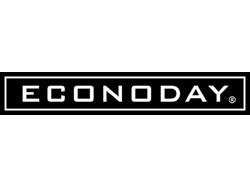 Lafayette, CA, August 6, 2018--The Federal Reserve turned up the rate-hike heat exactly one notch in the week, upgrading both economic activity and household spending from the solid to the strong camp. This sets up another rate hike at the September FOMC and does nothing to cut back their plans for a subsequent hike between then and year end. But the Fed's timing will ultimately be decided by incoming data which, in the latest week, were perhaps less in the strong and more in the solid camp.

One sector that is solid and may be trying to move to strong is construction. Payrolls rose 19,000 in July which compared to July last year and tracked in the blue line is up 4.4 percent for the best growth since April 2016. The green line is construction spending which, though uneven this year, was up a yearly 6.1 percent in data for June. But judging by anecdotal comments coming out of the sector, future growth in construction payrolls is likely to be limited by what report after report warns is a lack of skilled workers to choose from. High material costs, now made higher by steel and aluminum tariffs, is another limiting factor, perhaps slowing activity and ultimately with it the demand for labor.

The number of unemployed actively looking for a job fell back in July to 6.280 million from June's spurt to 6.564 million. That's 284,000 fewer prospects that employers can choose from. Throwing in the number of unemployed who want to work but aren't looking, the number moves to 11.443 million. This is defined as the pool of available workers and this number in July fell by 379,000. The Federal Reserve needs to see these numbers staying up, otherwise they would face the risk--and certainly related talk--of a sudden acceleration in wages. Employers are looking for employees like never before. Not only are jobless claims at historic lows but job openings are at historic highs, and at 6.638 million in June and, in a one-of-a-kind mismatch, above the number of people actively looking for work. Job openings are part of the JOLTS report which will be a data highlight of the coming week.

The average rate for fixed 30-year conforming mortgages ($453,100 or less) jumped seven basis points to 4.84 percent in weekly data released by the Mortgage Bankers Association. This rate tracks the direction of the 10-year Treasury yield though the laws of supply and demand specific to the mortgage market still apply. And pointing to higher rates is what is about to be a giant lack of buying by the Federal Reserve. The Fed, as part of its balance sheet unwinding, has been letting its mortgage-backed holdings steadily decline as securities mature, but they haven't been letting enough mature. In fact, the Fed is way behind schedule, holding $1.710 trillion as of the August 1 week against their own target of $1.680 trillion. That's $30 billion of buying that's overdue to disappear from the MBS market with another $24 billion to go by the end of August. If mortgage rates show any effect, it is very likely to be upward which wouldn't be good news for home sales. When the Fed adopted its quantitative easing program to combat the Great Recession, the buying of mortgage-backed securities was controversial in that it supported a specific sector of the economy. As far as the unwinding of Treasuries, the Fed is doing a much better job of keeping pace, holding $2.337 trillion against a July-end target of $2.333 trillion.