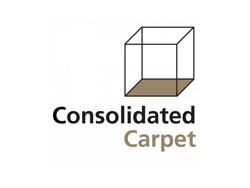 The transaction, which will close no later than November 1, 2019, combines two of the largest unionized floorcovering contractors in the industry.

Consolidated, founded in 1943 and now under third generation family leadership, works within the greater New York City marketplace, serving both local and national clientele. It recently celebrated its 75th year in business.

A new business entity, Consolidated Flooring of Chicago (CFC), will be formed by Consolidated and operate under its parent holding company. Meberg has announced that Randy Rich, former co-President of Vortex, will lead CFC as its president, along with Kristy Burlingame, executive vice president. Both Rich and Burlingame will resign from their positions at Vortex effective the closing date of the transaction. The new management team will be further developed as the transition evolves.

Vortex, founded in 1989, a floorcovering contractor in the Midwest region, with offices in both Chicago and Addison, Illinois. It has grown steadily since its founding by focusing on the public education and corporate market segments.