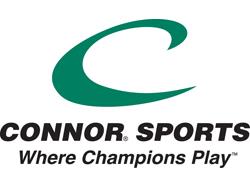 Amasa, MI, March 15, 2022-When NCAA March Madness tips off this week, Connor Sports, a Gerflor company, will again play a role in the 2022 NCAA Division I Men's and Women's Basketball Championships culminating in the Final Four.

The company is celebrating its 150th anniversary in 2022.