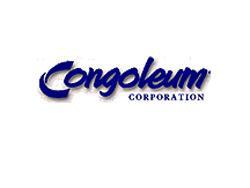 Trenton, NJ, July 14, 2020-Congoleum-one of America's oldest resilient flooring manufacturers, founded in 1886-has initiated voluntary reorganization proceedings in the district of New Jersey under Chapter 11 of the U.S. Bankruptcy Code. The company intends to use the court process to pursue a financial restructuring designed to reduce its current debt load, maximize value and position the company for long-term success. Congoleum plans to continue operating in the ordinary course of business, under the court's supervision, and remains committed to being the consumer-centric company that has shaped the resilient flooring industry for more than a century.

"Congoleum is EBITDA-positive and growing, but we must achieve a more viable capital structure," said Congoleum CEO Chris O’Connor. " Today's reorganization announcement represents a decisive, positive step that will strengthen our position for future prosperity. Over the past 134 years, Congoleum has earned the distinction of being one of the most respected and well-recognized national flooring brands. We will continue serving our customers, employees and other stakeholders, operating business as usual throughout this process."

“Despite our numerous achievements during the past several years, the company remains saddled with high legacy debt and increasing costs associated with running the business. As the industry adapts to changes in product mix, import vs. domestic production, and rising operating costs, these contributing factors make the current level of debt unsustainable,” O’Connor explained. “For the last few months, we have engaged in discussions with our lenders to evaluate a range of potential strategic plans for the company. Ultimately, we determined that the best way to protect the company, for the benefit of all stakeholders, is to reorganize through this court-supervised process."

Stressing that it is "business as usual" at Congoleum, O’Connor noted that the company had proactively filed expected motions as part of the court-supervised process and intends to work closely with creditors, customers and employees to identify value-maximizing restructuring plans that will benefit all stakeholders.

Congoleum was started in 1828, in Kirkaldy, Scotland, as a manufacturer of heavy canvas sailcloth, sold to manufacturers of floorcloth, which was a precursor to linoleum. The company then moved into the production of painted canvas floorcloth. In the 1880s, the company expanded its business to the U.S. Today, the company sells luxury tile and plank products, including PVC-free, as well as sheet products. It operates in both the residentil and commercial markets.