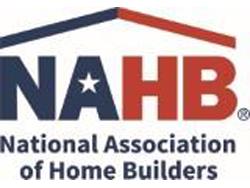 Washington, DC, February 25, 2022-Confidence in the market for new multifamily housing improved in Q4 2021, according to results from the Multifamily Market Survey released today by the National Association of Home Builders (NAHB). The MMS produces two separate indices. The Multifamily Production Index (MPI) increased one point to 54 compared to the previous quarter while Multifamily Occupancy Index (MOI) decreased six points to 69.

The MPI is a weighted average of three key elements of the multifamily housing market: construction of low-rent units-apartments that are supported by low-income tax credits or other government subsidy programs; market-rate rental units-apartments that are built to be rented at the price the market will hold; and for-sale units-condominiums. Two of the three components increased from the third to the fourth quarter: The component measuring low-rent units fell seven points to 48, the component measuring market rate rental units inched up one point to 61 and the component measuring for-sale units posted a six-point gain to 53.

The MOI measures the multifamily housing industry’s perception of occupancies in existing apartments. It is a weighted average of current occupancy indexes for class A, B, and C multifamily units, and can vary from 0 to 100, with a break-even point at 50, where higher numbers indicate increased occupancy. Even though the MOI fell six points to 69, it remains as high as it’s been at any time prior to the second quarter of 2021.

“Multifamily developers remain largely optimistic about this segment of the market,” said Sean Kelly, executive vice president of LNWA in Wilmington, Delaware, and chairman of NAHB’s Multifamily Council. “Demand in many parts of the country has been strong enough to compensate for the rising costs of land, labor and materials.”

“The strength of the MPI is consistent with Census production statistics, which show 750,000 apartments under construction and new apartments being started at a rate in excess of 500,000 per year,” said NAHB chief economist Robert Dietz. “The modest decline in the very strong MOI number is not likely to result in any significant change in Census rental occupancy rates, which are still rising and will likely remain high given the strong 69 index number from our survey.”