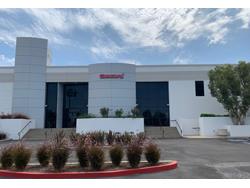 Corona, CA, August 20, 2019-Concord Flooring (formerly Arte Mundi USA) has announced the expansion of its engineered hardwood manufacturing into the American market with its new more than 103,000 square foot manufacturing facility at its U.S. headquarters in Corona, California and a satellite office on the East Coast.

The parent company is headquartered in China.

All flooring manufactured will cater to private label for OEM and ODM customers. The company will not have its own brand in the U.S. market

The company is presently installing its state-of-the-art, custom, completely automated production line at its factory in California with an estimated initial production of 40,000 square feet

a day in November, increasing to approximately 90,000 square feet end of year; Concord Flooring will be capable of producing custom flooring to meet exact specifications requested by its OEM customers, using primarily American species and materials, and all of its adhesives, stains and coatings are environmentally and responsibly sourced.

John Lee, president and owner of Concord, has built several large factories in California and around the world in the past 25 years.

Two years ago, Concord had introduced the brand, Arte Mundi to the American market. Arte Mundi is latin for World of Art. Shortly after the introduction and initial imports, tariff talks came to light and concerns were that there would also be an anti-dumping duty levied retroactive to initial talks. The company stopped the importing and started evaluating the U.S. China trade situation and many other factors and soon decided that building our own plant in the U.S. was the ultimate solution.