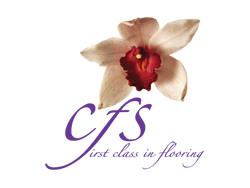 CFS imports and distributes laminate, cork, solid wood, engineered, and handscraped flooring products. CFS was founded in 1993 and is based in Suwanee, Georgia.

The action is expected to create 100 jobs in manufacturing and operations.

CFS is owned and operated by Feng and Bin Liu.

The company began as Chi Fong Silk Limited Company in 1993. Originally established as a silk importing company, CFS expanded into the flooring industry in 2002, with the introduction of its brand Premium Green Bamboo.

Mrs. Bin Liu also holds the position of CEO for Simple Floors, Inc.-a retail and internet sales flooring company she created in 2005. SimpleFloors has retail locations nationwide and claims to be number one in Internet sales.