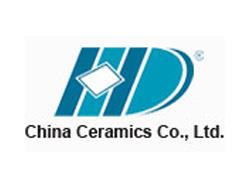 Jinjiang, China, August 16, 2019-China Ceramics Co., a Chinese manufacturer of ceramic tiles used for exterior siding and for interior flooring and design in residential and commercial buildings, has announced its plans to enter the ceramic tile market in Southeast Asia.

While this effort is in its early stages, the company is already negotiating with customers in its first target market of Malaysia. The company plans to capitalize upon the increased level of building construction in Southeast Asia which is due in part to China's Belt and Road Initiative. The company's chief executive Officer, Ms. Huang Meishuang, will oversee the execution of this expansion.

The company plans to introduce specialized products into the Southeast Asia market that are suitable for the region, including its recently announced new 'cooling' ceramic tile product. The company also plans to slightly modify certain products that it currently sells into the southern region of China due its similarity with the hot and humid climate of Southeast Asia.

The company anticipates that it will deploy this strategy in the first half of 2020.