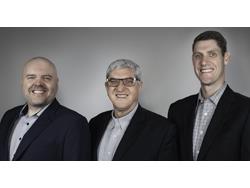 Kennedy began his career at Bigelow then accepted a position with JP Stevens, later named Gulistan. After more than 30 years in product development, he was named president. After five years as president of Gulistan, he sold his interest and joined Looptex to start the Phenix brand.

Once the products and business plans were developed, Kennedy’s son Zach and his son-in-law Chris Williams joined to run day-to-day operations.

Williams spent the last 23 years with Lowe’s, where he served in various capacities over his 23 year tenure, notably serving as the hardwood flooring, rug and paint merchant and, ultimately, overseeing the global sourcing team. Williams will lead all company operations.

Revolution Mills’ home office is in Huntersville, North Carolina with product distribution out of Dalton, Georgia.