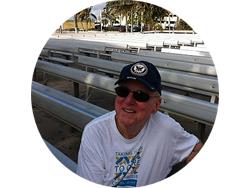 Cooper City, FL, June 6, 2019-Charles "Bud" Joseph Duffy Sr., of Duffy & Lee Carpet Company, died May 27 at age 86. In 1966, Duffy opened the Duffy & Lee Carpet Company, which is now in the hands of its second & third generations of the Duffy family. Duffy was a leader in the South and Central Florida commercial flooring trade, creating a company with only in-house personnel.

Prior to entering the flooring business, Duffy served in the United States Navy, enlisting at the age of 17 on the USS Maury, which was tasked with measuring the depths of the ocean in the Mediterranean Sea and Suez Canal.