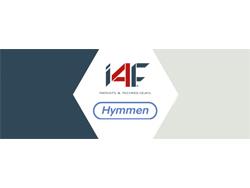 With some 4,500 employees, CFL Flooring is an innovator in rigid core manufacturing as well as other hybrid vinyl floorcovering solutions. Over the last eighteen months, the company has heavily invested in its state-of-the-art production facility in Calhoun, Georgia that is now fully operational. The new Jupiter digital printing line will be be located in Calhoun and be used to produce CFL’s next-generation rigid core lines.

In addition to the multiple design and production advantages, CFL’s decision to buy the digital printing line was driven by its goal to reduce its carbon footprint as well as to become more sustainable. Digital printing eliminates the need for certain elements, including décor films and plastic wearlayers, thus reducing the total amount of PVC use, reducing plastic waste, as well as reducing the impact of supply chain strains linked to production.