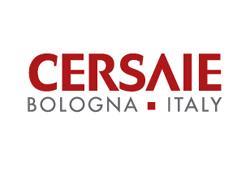 Bologna, IT, July 25, 2018-The highly topical theme of the architecture of tolerance will be explored in a conference to be held during this year’s Cersaie. The event will take place on September 27 in the Architecture Gallery as part of the tenth edition of Cersaie’s building, dwelling, thinking cultural program, which complements the show and welcomes prominent international guests from the world of architecture and design.

The conference will discuss two projects created to commemorate dramatic periods in history through works of architecture that blend perfectly into the landscape, which in turn is respected by the architects and becomes an integral part of the narrative.

The two locations-Lima and Lampedusa-begin with the same letter but are situated on opposite sides of the world.

Architects Sandra Barclay, Jean Pierre Crousse and Vincenzo Latina will be taking part in the conference entitled the Architecture of tolerance, moderated by Fulvio Irace.

Barclay & Crousse will present “El Lugar de la Memoria, la Tolerancia y la Inclusión Social” (“The Space of Memory, Tolerance and Social Inclusion” or LUM), the name of the museum in Lima devoted to the memory of the period of the civil war which ravaged Peru from 1980 to 2000. The museum honors the victims and stands as a warning to future generations to prevent the horrors of the period from being repeated.

Vincenzo Latina will present his project for the regeneration of Lampedusa’s old quarries, designed to pay tribute to one of the largest and most desperate migrations of our times and to do justice to the island’s tourist trade with a space designed to host concerts and theatrical performances.

Sandra Barclay teaches at the Pontifical Catholic University of Peru and has won the Women in Architecture Award. In 2016 she and Jean Pierre Crousse curated the Peruvian pavilion at the 15th Venice Biennale, receiving a special mention.

Jean Pierre Crousse is the director of the master’s course in architecture at the Pontifical Catholic University of Peru and was a member of the jury of the Mies Crown Hall Architecture Prize in Chicago in 2016. In 1994 they jointly founded the practice Barclay & Crousse Architecture, which has won numerous awards including the Oscar Niemeyer Award in 2016, the National Peruvian Architecture Award in 2014 and the Latin America Prize in 2013. This year Barclay & Crousse took part in the 16th Venice Biennale.

Vincenzo Latina holds a professorship at the University of Catania and has taught at the Accademia di Architettura di Mendrisio. He has exhibited his works at several editions of the International Architecture Exhibition at the Venice Biennale. His awards include the Italian Architect Award 2015, and the ARCH&STONE’13 award for Stone architecture of the new millennium, International Award – 2nd edition, sponsored by the Consortium of Botticino Classico Producers. In 2012 he was invited to take part in the 1st and 2nd stages of the Mies Van der Rohe Award, Barcelona 2013, and he won the Gold Medal for Italian Architecture 2012 at the Milan Triennale.