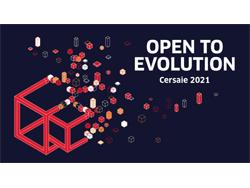 Bologna, IT, March 4, 2021-Cersaie will be back in the Bologna Exhibition Centre from September 27 to October 1. This year's show will see the return of the physical exhibition, which will observe the strictest safety measures at a time when the vaccination program should be well underway and restrictions eased.

The confidence of exhibitors and their desire to look to the future is clearly demonstrated by the fact that 80% of the total space allocated at Cersaie 2019 has already been booked seven months before the show is due to open. This percentage, together with the fact that exhibitor applications are arriving from all over the world, promises well for extensive international participation. It also confirms the appeal of Cersaie and its excellent relationship with exhibitors, boosted by the hard work that has continued uninterruptedly through these difficult months.

One completely new feature of this 38th edition is Cersaie Digital, which will be online for three weeks from September 20 to October 8. The exhibitors at the physical exhibition will also be participating in the online event, which is intended to complement rather than substitute the in-person show.