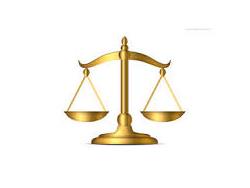 Washington, DC, February 11, 2020-Carter Brett, an account executive for a large flooring manufacturer, has been charged for conspiring to rig bids and fix prices for commercial flooring products and services, and for his role in a money laundering conspiracy involving kickbacks, the Department of Justice reports.

“The bid-rigging and money laundering schemes charged today cheated a state-funded school out of competitive bids and lined the defendant’s pockets with kickbacks,” said assistant attorney general Makan Delrahim of the Department of Justice’s Antitrust Division. “This latest charge in the ongoing investigation demonstrates the Antitrust Division’s commitment to bringing to justice those in the commercial flooring industry who have victimized Chicago-area schools, hospitals, charities, and businesses.”

According to a two-count felony charge filed today in U.S. District Court in Chicago, Illinois, Brett engaged in a conspiracy to suppress and eliminate competition in the commercial flooring market by initiating and orchestrating a bid rotation conspiracy among three commercial flooring installation companies so that the designated company would win the bidding for jobs at a suburban community college. According to the charge, Brett and his co-conspirators carried out the conspiracy from at least as early as 2013 until as late as June 22, 2017.

The second count filed today charges Brett with engaging in a money laundering conspiracy wherein Brett solicited and accepted kickbacks from his co-conspirators in exchange for offering those co-conspirators unlawfully low pricing. The charge alleges that Brett established a shell corporation for the sole purpose of receiving the illegal kickback payments. According to the charge, Brett and his co-conspirators carried out this conspiracy from at least as early as 2013 until late 2017.

The information charging Brett is merely an accusation. All defendants are presumed innocent until proven guilty beyond a reasonable doubt.

These charges are reminiscent of ones made against Michael Gannon in April 2019. More on that story is available here.