Carpet One Raises $326K for Tunnel to Towers Foundation 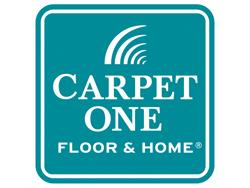 Manchester, NH, October 2, 2019--A team of 250 Carpet One Floor & Home members and employees participated in a 5K run on September 29, which honors fallen 9/11 firefighter Stephen Siller by following his footsteps through the Battery Tunnel to the World Trade Center in New York City, New York, raising an astounding $326,905 for the cause.

The event benefits the Stephen Siller Tunnel to Towers Foundation.

The event serves as a tribute to the 343 FDNY firefighters, 71 law enforcement officers, and thousands of civilians who lost their lives on September 11, 2001.

The event drew over 35,000 supporters who ran, walked, and showed their support for firefighters, law enforcement officers and our military. The Carpet One Floor & Home team participated in the run as well as the pre-run pasta dinner, and post-run block party where they represented their team by wearing teal “team Carpet One” shirts.

Carpet One Floor & Home locations across the nation and at the head office in Manchester, New Hampshire held various fundraisers-from golf tournaments to events, raffles and auctions-to help the team reach their goal. These efforts are in addition to the company’s commitment to install all the flooring for the foundation’s Smart Home Program.

To learn more about the Stephen Siller Tunnel to Towers Foundation, visit.